A One World Event

WHERE DREAMS CAN COME TRUE

On March 1st, 2014 history was made as 50 women from around the world competed for a record $50,000 in cash to the winners of the Las Vegas International Model Search. The event was hosted at the world famous MGM Grand Casino in the all new $120 million Hakkasan club. It is the largest night club in the United States whose DJ, Tiesto, signed a 20 month contract for $31 million. Women from every corner of the globe will compete in what many are saying is the greatest opportunity for the advancement of a model, with the largest cash prizes, in the city that never sleeps.

"I've been a big fan of pageantry ever since my days in Specials at ABC, and I think LVMS speaks to a more relevant contemporary audience and where the televised pageant business is headed."
- Hank Cohen, Former President of MGM-TV current CEO of Trifecta Entertainment

Learn more about LVIMS by meeting our Executive Team. 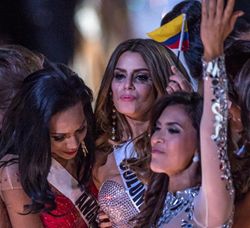 Become a Model or View our galleries

Thank You to Our Sponsors